Electronic cigarettes are a smoke-free alternative to tobacco cigarettes. They are designed to provide a smoker with the full sensation of smoking, including the taste, feel, and hand-to-mouth motion, as well as the nicotine hit, but without harmful smoke. By eliminating the inhalation and emission of tobacco combustion products, electronic cigarettes greatly reduce the health consequences associated with cigarette smoking.

How Do Ecigs Work?

More On How E-cigs Work 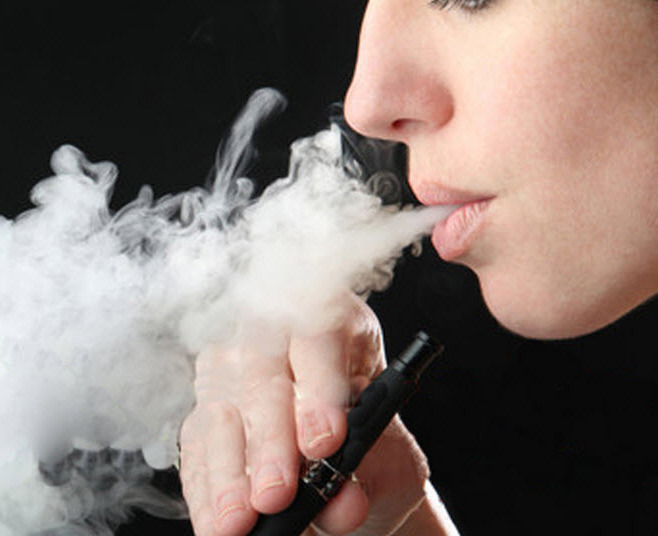 into a gas) of a liquid solution, rather than producing smoke from combustion (burning) like tobacco cigarettes.

The e-cigarette itself is a fairly simple electronic device that vaporizes the liquid put into it. The vapor produced by the e-cigarette resembles tobacco smoke, can be inhaled and exhaled as with cigarette smoking, yet no smoke or combustion is involved.

The e-cigarette uses battery power and does not need to be lit. When the user inhales through the tube, the atomizer (heating element) slightly heats the liquid solution until it vaporizes. Atomizers may be automatic (activated by airflow) or manual (press of button).

Types and Styles of E-Cigarettes 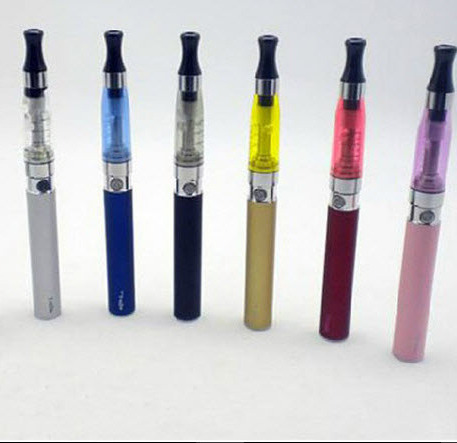 available in a wide assortment of types (function) and styles (size and appearance). Although there are many options, they each generally resemble an elongated tube and utilize the same basic components: a power supply (battery), a heating element (atomizer), and a cartridge (holds e-liquid).The three primary components of an e-cigarette:

In some e-cigarettes, the atomizer and cartridge are separate reusable components, while in 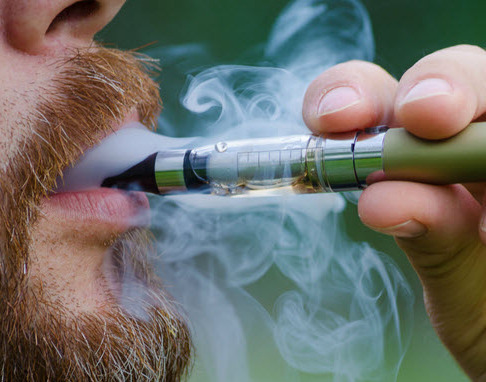 other e-cigarettes, the atomizer and cartridge are combined into one disposable component known as a cartomizer.

There are many e-cigarette options, which are generally categorized by type (function) and by style (size and appearance).The three primary types (function) of e-cigarettes:

A one-piece unit, ready-to-use, self-contained, and designed for a single use. Batteries do not need recharging and complete unit is thrown away when cartridge is empty.

A two-piece unit comprised of a battery unit (rechargeable) and a cartomizer (disposable). The cartomizer is a newer type of cartridge that combines a disposable atomizer and the e-liquid into one component. Cartomizers are generally purchased pre-filled and used once, although some users are able to pop the end off for refilling. Convenient and easy to use; simply screw cartomizer on and off of battery unit. 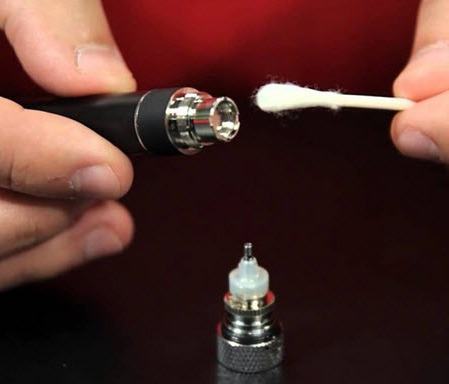 and cartridge (mouthpiece, holds e-liquid). Atomizers are reusable, although they have a finite life and need to be replaced periodically. While atomizers are typically used in combination with a cartridge which holds the e-liquid, some experienced users prefer to use a drip tip and drip the e-liquid directly into the atomizer without a cartridge.

More on Atomizers vs Cartomizers

So what is the difference between an atomizer and a cartomizer? 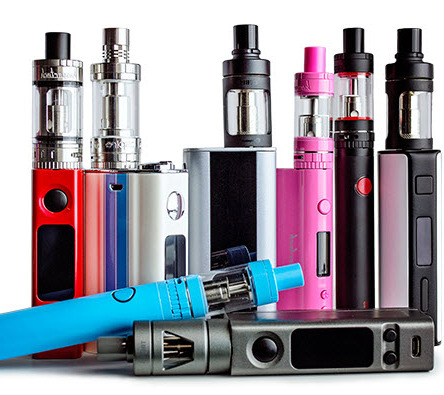 and a cartridge. To use the electronic cigarette, one end of the atomizer (heating element) screws onto the battery (power source) and the other end gets pushed onto the cartridge (mouthpiece).

The atomizer (or atty) is the part of the electronic cigarette that vaporizes the e-liquid in the cartridge so that it can be inhaled. By slightly heating the e-liquid, it produces the vapor, flavor, and throat hit that allows a sensation similar to cigarette smoking.

Atomizers are reusable, but they do not last forever. They all degrade and fail over time, especially if in constant use. On average, the natural lifespan of an atomizer is about one month, but this can vary from a few days to a couple months. It is always a good idea to have at least one or two extra atomizers on hand.

There are several types of atomizers available, which differ in size and performance. A few of the most popular atomizers are the 510, 901, and 801. The 510 and 901 are in the mini category (close in size to a traditional cigarette) and offer similar performance. The 801, used in the “Classic” Penstyle category of electronic cigarettes, is larger and offers greater intensity vaping.

One of the primary factors affecting the performance of the atomizer is its resistance (measured in ohms). 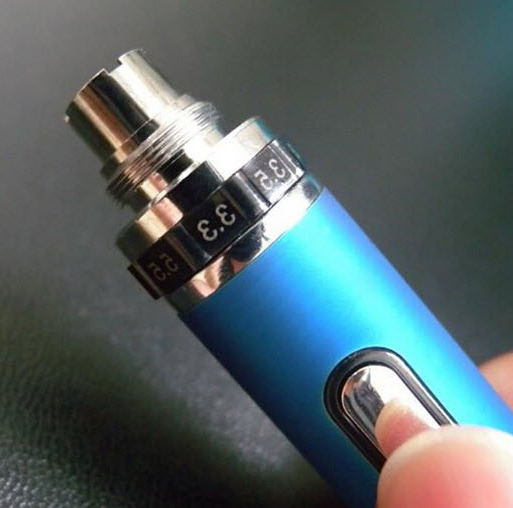 Voltage (HV) atomizers. A High Voltage atomizer, which is intended for use with 6v + mods (will not work with regular batteries), allows users to use a higher voltage device with a similar feel to standard vaping. A Low Resistance atomizer, which needs to be used on batteries of at least 450 mAh, mimics the experience of higher voltage vaping (greater intensity) without the need for a 5 volt or higher device, however LR atomizers can also burn out faster.

The cartridge (or cart) is the part that holds the e-liquid and is used in combination with an atomizer. One end of the cartridge attaches to the atomizer and the other end is the mouthpiece. Users can choose from a variety of mouthpiece styles, such as a round shape to resemble a traditional cigarette or like a whistle to resemble a flat tip on a cigar.

Cartridges for e-cigarettes can be purchased blank (empty) or pre-filled (e-liquid inside). The empty cartridge can easily be filled and refilled with e-liquid by sliding the mouthpiece on and off of the atomizer.

Although atomizers are typically used with cartridges, some of the more experienced vapers 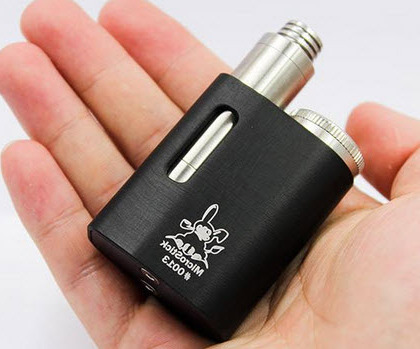 prefer to use a drip tip and drip the e-liquid into the atomizer without the cartridge.Cartomizer Electronic Cigarette

A two part e-cigarettes utilizes a only a battery and a cartomizer (or carto), rather than a separate atomizer and cartridge. A cartomizer is a type of cartridge that combines the atomizer and cartridge (mouthpiece with e-liquid) into one disposable unit. The cartomizer is easily replaced by screwing and unscrewing it directly onto the battery. Cartomizers are generally purchased pre-filled with e-liquid, used once, and then disposed. They are available in a variety of flavors and in varying strength of nicotine. They are convenient and easy to use. Cartomizers are typically intended for a one time use, yet some users do refill them by popping off the end. If wanted, they may also be purchased blank and filled by the user.

There are two primary types of cartomizers, the 510 and the 808. The 510 fits the traditional 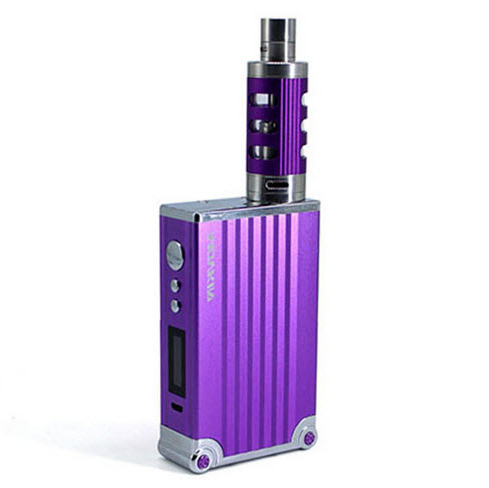 Atomizer takes cartridge, can fill and refill your own cartridge with e-liquid

Cartomizers are self-contained, convenient, easy to use, and disposable

Atomizers and cartomizers both burn out at some point

Atomizers tend to have better vapor and flavor than cartomizers 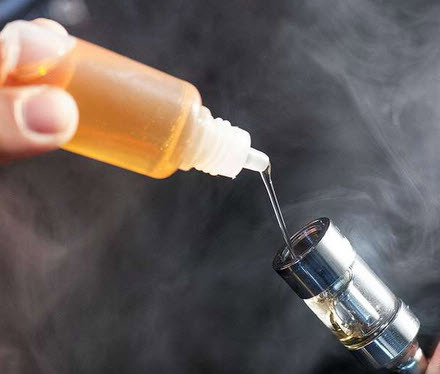 vapers who want to experiment with various options, the cartomizer electronic cigarettes are easy to use and offer a satisfactory experience, making them a good option for many e-cigarettes users, especially those new to vaping. In the end, based on your own needs and tastes, you want to choose the electronic cigarette that makes the experience enjoyable for you.

The four primary styles (based on length) of e-cigarettes:

(50-99 mm) the smallest and lightest style of e-cigarette; shorter and thinner than tobacco cigarettes.

2. Super Mini E-Cigarettes – (100-115 mm) one of the smallest styles of e-cigarettes; similar in size to tobacco cigarettes.

4. Pen Style E-Cigarettes – (140-160 mm) longest length e-cigarette; the original style of e-cigarette, also called “classic” e-cigarette; named for its resemblance to a pen with a cap when the atomizer and cartridge are attached to the battery.

Other styles (categories) of e-cigarettes:Hybrids (Mods) – the larger battery models, including a style known as the Screwdriver.

Electronic Cigars – a device that mimics the look and feel of cigars, using e-smoking technology.

Electronic Pipes – a device that mimics the look and feel of a tobacco pipe, using e-smoking technology. 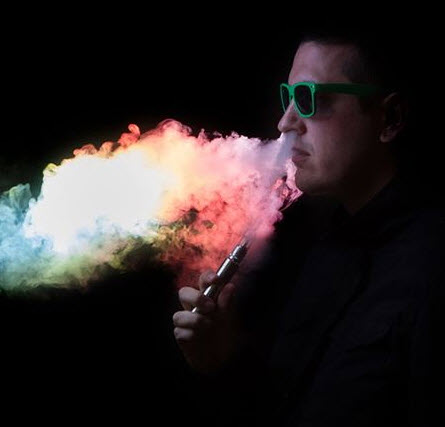 users, as there are many factors to consider including ease of use, battery life, size, appearance, vapor production, taste, throat hit and cost. If you are just starting out with e-cigarettes, keep in mind the following when buying and using e-cigarettes:

Everyone has different needs, tastes, and preferences

Each e-cigarette has pros and cons, there is not a perfect device

Vaping is not smoking, yet you may find the experience even more enjoyable

There will be a learning curve, but it is worth the effort

How to Choose an Ecig FAQ?

There are Many Choices

The Difference Between PG and VG?

What Do You Want From An Electric Cigarette?

How Much Do You Have To Spend?